We have a selection of high quality properties and land,around Jill's area that are for sale off market. To access these please email discreet@leggett.fr 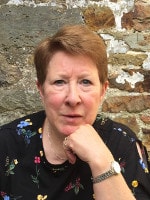 I live in Basse-Normandie, Manche, towards the north and the west of the peninsula, between Cherbourg and Coutances. Living on the peninsula gives the choice of fabulous beaches on the west coast, just 10 minutes from me, then 30 minutes to the east coast D Day beaches and their history. I have such choice, the pretty harbours of Barfleur and St Vaast on the north east tip; Utah beach and Sainte Mere Eglise, then down to Carentan with its marina and train access to Paris; the north west at La Hague with its rugged beauty (not unlike Cornwall); then all down the west side the stunning, unspoilt, sandy beaches, with the resorts of Barneville Carteret (with ferry access to Jersey and Guernsey), and Portbail. There are excellent walking and cycling tracks on the Voies Vertes that go all over the peninsula. Normandy has an excellent reputation for its cuisine – fruits de mer, cheeses, butter, Calvados, cider, lots of local vegetables, we even have a Carrot Festival at Creances every year! Good ferry access points for the UK and Ireland, close by at Cherbourg and Caen, then Le Havre (2 hours), Dieppe (3 hours) and Calais (4-5 hours). Flights from Dinard or Caen. This area has so much going for it, the words, relaxing and stress free, come to mind.

I worked in the computer industry for a number of years in the UK. We moved to Ottawa, Canada, a beautiful city, where I continued working in the software industry for the Canadian Government and Bell Northern Research. When we returned to the UK, we settled in Fowey, Cornwall, where we opened an art gallery, gift shop and a restaurant. After selling the business, I worked at the Eden Project, when it first opened – it was quite an experience, as it grew so rapidly. We used to come to France for short breaks and found that we just loved the way of life here. Somehow, we found ourselves looking at properties, near to Cherbourg and took the plunge in early 2003, when we bought a second home. We would come over to France, and were very reluctant to go back home, so in November 2003 we moved over completely. Absolutely no regrets! Since January 2007, I have worked as an Estate Agent in my town of La Haye du Puits, and in early 2016 I made the move to Leggett Immobilier. Why not let me help you in your search for a property?

Situated just 4 kms from the beautiful old town of Coutances with all amenities and 17 kms . . . 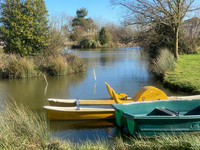 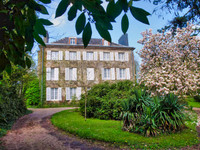 This property is situated in the heart of Bricquebec, a large town with all amenities just 15 . . . 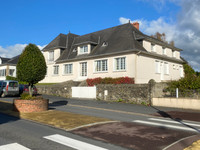 This house is situated a 2 minute walk to the centre of La Haye du Puits, a bustling town . . . 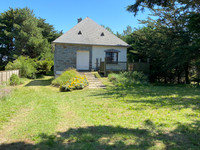 This house is situated in Mobecq, on a very quiet no through road, close to La Haye du . . . 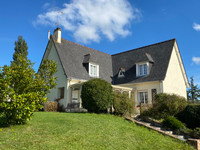 Detached 4 bedroom village house, midway between the coasts of the peninsula

This four bedroom house is set well back from the road, in Pretot Sainte Suzanne, a village . . . 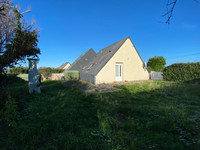 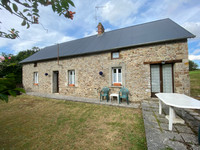 This detached, character property has been restored in recent years, ready to move into. . . .