We have a selection of high quality properties and land,around Jacqueline's area that are for sale off market. To access these please email discreet@leggett.fr 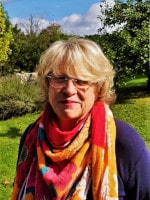 I live in the pretty village of St. Paul Lizonne, with it’s 12th centuary Roman Church, & it’s beautifully, recently restored, classified wooden ceiling dating from the 16th centuary, which is inbetween Verteillac & Aubeterre sur Dronne. The village of Verteillac has a big brocante every first Sunday of the month, & in the village of Aubeterre sur Dronne can be visited the largest monolithique Church in Europe, plus there is a nice beach along the river Dronne. Both villages have many good restaurant’s & bar’s, & shaddy tree lined squares. Rberac is 10 minutes drive away & has a large market every Friday morning, plus there are several supermarket’s, DIY shop’s & petrol stations. The area offer’s a large number of activities, such as, golf, canoe/kayaking, fishing, horse riding, acrobranching, & of course there are lovely walk’s. The area also has very good road, rail & Airport links. More & more buyer’s are being attracted to this area thank’s to key locations such as - Bordeaux Airport being approximately 1hr40 away. Bergerac Airport is approximately 1hr20 away, & one can be in the centre of Paris with the TGV train connectin from Angoulême station in 2hr30. St. Emilion & Cognac are 1hr30 drive away, for all those wine & cognac enthusiasts. Then there is the beautifull town of Brantôme, which is know as the little Venice of the Perigord, at 45 minutes drive away. This really is such a beautifull & enjoyable part of France to live in.

I moved to the Charente in march 1995, with my 3 year old son & my mother, after leaving Catalunia in the north eastern part of Spain, for a change of life. My parents had a property in the Charente in the late 70’s so I knew the area quite well already. In 2000 I met my husband, who was a Navigator in the French navy for 32 year’s, he retired 8 year’s ago at the age of 50, & 3 year’s ago became Maire of our village. We married in june 2002 & left a couple of month’s later, as my husband was sent on a 2 year posting to New Caledonia. In 2008 we decided to buy a bigger property & that’s when we bought our current home here in the Dordogne, we finally moved into the house in the august of 2010, after spending nearly 2 year’s renovating it. I speak English & French fluently, & have travelled extensively around the globe, as I was a scuba diving instructor, mainly in the Maldives & the Caribbean, so joining Leggett Immoblier is a completely new challenge for me. I highly recommend anyone considering to buy a home here in the area, & look forward to meeting you to help find that very special property you dream of owning. Please don’t hesitate to contact me either by mail, or by phone, so that we can have a chat about your need’s.

Masion de Maitre and cottage with 7 bedrooms in all, natural swimming pool and outbuildings. Near Brantôme

Simply stunning, this property has been renovated to the very highest standard throughout. . . .

Converted mill with potential for restaurant, five gîtes and farm

Hidden away in the Green Périgord is an old converted mill, with five gîtes and farm . . .

Outstanding gite complex with stunning views and 2 pools near Verteillac

Beautiful 5-bedroomed house in the heart of Brantôme

This striking special house, whose garden sweeps down to the Dronne river, is a treasure to . . .

Walls of eight-bedroomed up-and-running hotel and restaurant Well-situated for the tourist . . .

This is such a beautiful property, with 9 rooms in total, but with the possibility of having . . . 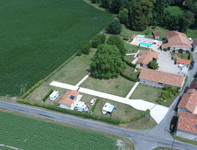 This property sits down a quiet country lane. The house has been lovingly renovated by the . . .

This dairy farm is to be found in the Green Périgord between Brantôme and . . . 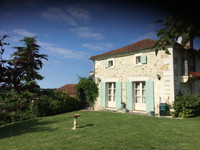 This rurally based stone farm is a delight to find. It dates back to 18th Century and part of . . .

Traditional stone farmhouse on the outskirts of Brantôme-en-Périgord within a stone's throw . . .

Character village property of 3 houses, garden and pool near Mareuil

This property is nestled in a small quiet village close to Mareuil in the Perigord Vert. The . . . 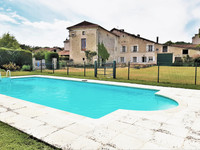 Village property comprising of 2 habitable houses, a house to renovate. A barn, a swimming pool and garden.

This large village property with excellent letting possibilties is being sold fully furnished . . . 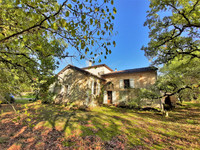 UNDER OFFER. Three bedroom house in a beautiful secluded position, 2 horse boxes and just over 3 hectares.

This property is quite isolated and is surrounded by forest making it very private. The house . . . 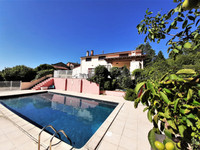 This is a really lovely house that needs no work done to it and is fully furnished. It sits . . .

Excellent private location for this stone built property with gite, pool, barn and garden near Verteillac.

Ideally situated property with income potential. The main house has character with exposed . . .

****UNDER OFFER**** Family home with proven income, 15 minutes from Brantôme, the Venice of the Périgord.

A beautiful property rarely seen. This characterful house with traditional features is . . .

Superb property with house, gite, barn and pool near Mareuil

This is a rare opportunity to acquire a real French paradise. This property is in a rural . . .

Beautiful 3-bedroomed house, one kilometre from the centre of Brantôme-en-Périgord.

This attractive house, built in the 1960s, is an opportunity not to be missed. Within . . .

A truly lovely and well presented 4 bedroom house that has a wonderful open plan space of . . . 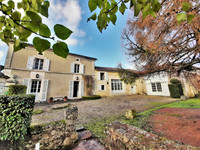 This very nice village property would make a lovely family home. There are 3 bedrooms plus an . . . 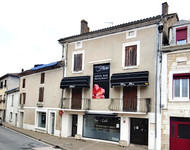 Attractive building in the heart of a popular village. Just some decorating needed to start a . . .

Stylishly appointed maison de maitre on the edge of the popular village of Cherval. It has 3 . . .

Nice stone built house with a garden and a small lake that is situated close to 2 villages . . . 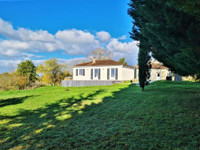 These two houses on the same large plot of land have been totally renovated to very high . . .

Traditional stone house with gite, pool and garden near Verteillac

This beautiful property offers flexible accmodation with an up and running gite with proven . . .

Two individual 1 bedroomed houses with massive business potential and possibility to be made larger !

This delightful barn conversion is situated only 7 km from beautiful Brantôme-en-Périgord, . . . 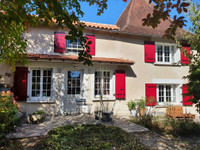 Very nice property on the edge of the village, possibility of 4 bedrooms. Lovely private fenced garden.

This nice house has been partially renovated and has a new roof, double glazing and shutters, . . .

Impressive stone house with uninterrupted views over the Dordogne countryside. This property . . .

If you are looking for total peace and isolation this is the property for you. This cosy . . .

A very individual, spacious property. There are 4 double bedrooms in the main house and 2 . . . 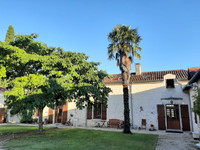 This superbly presented property is one of eight high end holiday homes n the North West . . .

Cosy hamlet home immediately habitable. Some renovation work is required to make this house a . . . 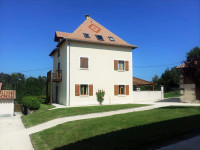 Detched 4 bedroomed house within a co-property with pool, tennis court and gardens.

This superbly presented property is one of eight high end holiday homes n the North West . . . 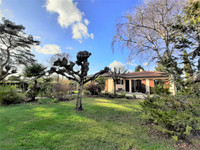 This lovely bungalow is in excellent condition and has always been very well maintained. . . . 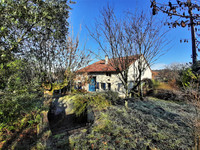 This is a very pretty cottage that sits in a very peaceful hamlet. Recently renovated . . .

Spacious farmhouse to refresh with generous sized rooms and plenty of light. The property . . .

Delightful stone house with outbuildings, a potential gîte to renovate and a hectare of land and forest.

Formerly a farm, this delightful stone property has been partly renovated by its present . . .

Modern property with basement, pool and woodland near Villebois Lavalette

Well presented property with plenty of natural light set in an elevated position with open . . .

Hamlet property with gite and garden near Javerlhac

Cosy countryside home with 2 bedrooms, artists workshop and an attached gite in excellent . . . 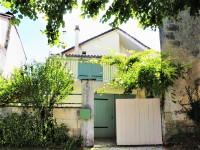 Delightful 2 bed detached cottage with enclosed garden, terrace and garage. In a village with commerce.

This delightful 2 bedroomed village house is tucked away down a small lane and it has been . . .

Secluded 4 bedroom house with basement and separate garage near Mareuil

Well appointed house in a hamlet just a few kilometres from Mareuil. It offers spacious . . .

Charming 2 bed dettached cottage with enclosed garden and garage. In a village with commerce.

This delightful village house is tucked away down a small lane and it has been . . .

A charming detatched country cottage, that sits surrounded by its own land. The home of an . . . 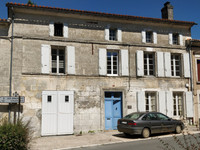 Attractive 6 bedroom house, needing some work, in Mareuil, a Dordogne village between Angoulême and Périgueux.

A potentially beautiful house on the edge of a thriving village. Many rooms and the garden . . .

Spacious village property with 4 bedrooms, outbuildings and garden near Mareuil

Lovely stone property in good order throughout in a quiet village in the Dordogne. The . . .

Village property with 3 large bedrooms, garage and garden in Mareuil

Conveniently located village property centrally located in the village. There are shops and . . .

This village property is in need of updating ( new kitchen / bathroom ) and the wooden . . .

Hamlet property with 3 bedrooms, barn and 2 hectares of land near Mareuil

This property is situated in a quiet hamlet 7km from Mareuil. The house is immediately . . . 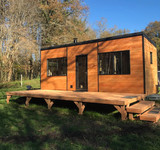 A truly rare find. This magical site is tucked away down a forest track and is the perfect . . .

Three-bedroomed stone farmhouse in the Dordogne

This delightful property is to be found near Cherval in the Green Périgord. It is made up of . . .

Two-bedroomed house with garden in quiet Dordogne village half way between Périgueux and Angoulême. 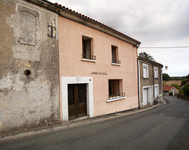 Village house with 3 bedrooms and garden near Mareuil

Ideal lock up and leave holiday home located in a small village 10 minutes from Mareuil. The . . .

Stone house with attached barn and garden near Nontron

This lovely stone property has plenty of rustic charm and is well located in a small hamlet . . .

House within a coproperty with 2 bedrooms, 2 bathrooms, a private terrace area and a shared pool and grounds.

This house is within a co-property with 12 houses., Lovely shared grounds and swimming pool. . . . 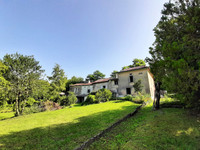 Tucked away down a small lane these 4 houses are all attached to one another and could make a . . .

Village house with 2 bedrooms, garden and garage close to Mareuil

Perfect lock up and leave holiday home with 2 large bedrooms and an easy to manage courtyard . . . 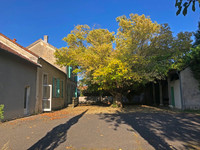 This former village school would make a wonderful large family home, with the possibility to . . .

House within a coproperty with 2 bedrooms, 2 bathrooms, a private terrace area and a shared pool and grounds.

This house is within a co-property of 12 houses, lovely shared grounds and swimming pool. It . . . 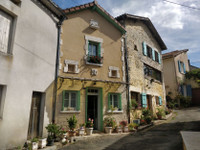 A compact, cosy and very neatly presented home that is finished to a high standard. It is . . .

Deceptiously spacious property in good order throughout. Ready to live in. Nestled in a quiet . . . 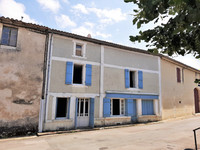 The house has 3 floors plus a cellar, and is in the centre of the pretty village of Cherval . . . 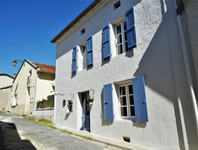 Pretty village house, with a ground floor kitchen-dining room, plus a shower room with . . .

Rural stone property to renovate with an acre of land

Situated in a delightful hamlet, this stone farm property awaits for you to discover. It . . . 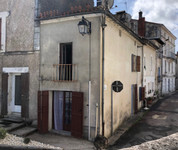 Attractive three-bedroomed stone house in country hamlet. Some restoration work to be carried . . .

Plot of land in the village of St Suplice de Mareuil with bakery in easy walking distance.

Cute village house in Mareuil with garden and 2 bedrooms in need of renovation. Nice view . . .

Ideal investment opportunity. This house is conveniently located between Mareuil and . . .