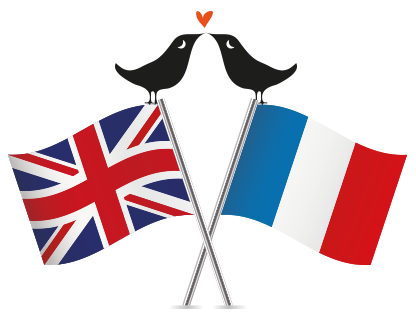 Brexit and how it impacts on your French property purchase

President Macron puts out the welcome mat for British Francophiles

The phones are red-hot at Leggett Immobilier, the leading international estate agency in France, where calls from the UK jumped by 55% last month. They took over 8,000 enquiries from British buyers in January, with people wanting to buy before the transition period finishes at the end of the year.

Trevor Leggett, President of Leggett Immobilier, calls it a once in a lifetime opportunity:

The UK may have left the EU on 31st January 2020 but President Macron has made it clear that the door to the French property market is very much open to British buyers. In an open letter he said:

“I am thinking of the hundreds of thousands of British citizens in France who are wondering about their rights and their future: I assure them that we will protect them…I would like to begin a new chapter between our two countries…the French know what they owe the British, who allowed our Republic to live…Dear British friends, you are leaving the EU but you are not leaving Europe. Nor are you becoming detached from France, nor the friendship of its people. The channel has never managed to separate our destinies; Brexit will not do so, either.”

British buyers find these warm words a welcome relief during this cruelest of winters. Indeed, we have had to take on extra staff to cope with the demand. The Observer ran a story at the end of last year saying that the number of British citizens leaving for Europe was at a 10 year high and when you add in those looking to buy a holiday home it’s as busy as we have seen in our 21 years as an agency. To add fuel to the flames, the French property market is in a very healthy state, with the Notaires de France recording 1,063,000 sales in 2019. They say that house prices are rising nationally by around 4% with apartments rising by around 6%.

We have just come back from The France Show in London, where people were literally queuing to visit the Leggett stand and speak with our agents. We usually see a balanced mixture, of those looking to buy a holiday home and those looking to move to France full time. This year though, the vast majority of enquiries were from people looking to move across the channel permanently.

Here are the six most common questions we were asked at the show, along with our responses:

Q. I want to move across full time, will I be able to get a residency permit?

A. Yes, if you are resident in France by the end of the transition period (31/12/2020) you will be covered by the withdrawal agreement and your rights will be protected for as long as you remain resident in France.

Q. How would I go about getting the residency permit?

A. All UK nationals, resident in France, will have to obtain a new permit. This includes those nationals already living in France. You will have until 1st July 2021 to apply. The French Government has not yet announced what registration process will be put in place but they have said a new website, offering online applications, will open in July this year. The card will be called “Titre de Sejour accord de retrait du Royaume-Uni de L’EU” and is expected to be free of charge.

Meanwhile, they have stopped taking applications and those people who have already applied will not have to do so again.

Q. Will I get access to that wonderful French healthcare system if I become a full-time resident?

A. Yes, move during the transition period and you will have the same rights as before Brexit. If you move across after 31/12/2020 it is highly likely that you will need to take out additional health insurance.

Q. Will I still be able to receive my UK state pension?

A. Yes, if you are living in France by 31/12/2020 you will receive your UK state pension and it will continue to be uprated every year for as long as you continue to live in France. This will happen even if you start claiming your pension after 1st January 2021, as long as you meet the qualifying conditions.

Q. If I buy a holiday home will I need a visa to visit?

A. Once the transition period is finished, things will change, we’re unsure exactly how. It’s likely that you will need to apply for an ESTIA (European Travel Information and Authorisation System) in much the same way as you currently need an ESTA to enter the USA. In any stretch of 180 days you will be able to stay for 90. The ESTIA costs 7 euros and lasts for three years.

Q. Will there be any restrictions on me buying or selling the property once the transition is over?

A. Of course not, Leggett sells hundreds of properties every year to buyers from outside the EU.

Our message to those thinking of buying in France is “President Macron has opened the door, we suggest you get in quick and make the most of this once in a lifetime opportunity”.