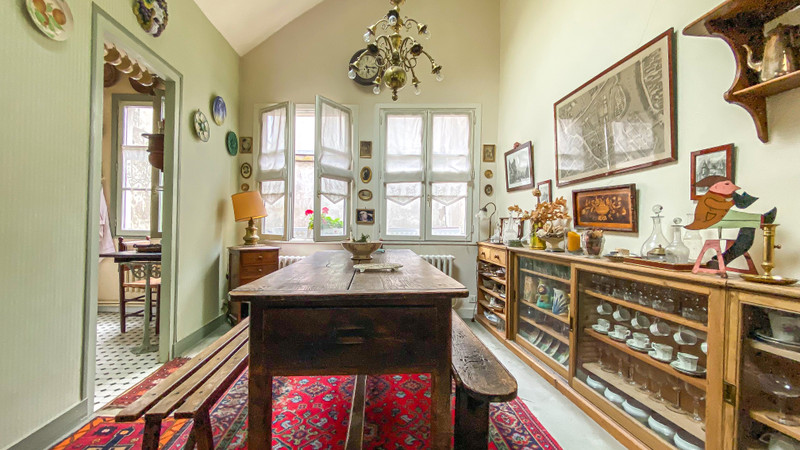 Located in the very sought-after district of Saint Gervais, 75004, LEGGETT immobilier offers for sale this charming 6-room duplex apartment, with a surface area of 122m², located on the 3rd and last floor without a lift of a beautiful, very well maintained 1950s co-ownership.
This family property has retained all the charm of the old, beautiful exposed beams, a beautiful high ceiling and a fireplace.
Ideally nestled away from the hustle and bustle of the city, a real haven of peace, unoverlooked and bright. There is a separate entrance for the two floors.

The 4th floor consists of an entrance hall with an office area, a double living room with dining area, a separate kitchen, a large bedroom, a bathroom and two separate toilets.

A wooden spiral staircase leads to the lower floor, on the night side, it is composed of two bedrooms, a study/guest room, a bathroom and a shower room with WC. A cellar completes this rare property.
Read more ...

Just a few steps from the Saint Paul metro station, we offer you this beautiful duplex / family flat, T6, in the heart of the Marais.
Located in an old building on the 3rd and 4th and last floor, of a small well-maintained condominium of 14 units, built around an inner courtyard, without lift, quiet and without vis-à-vis . The very bright flat has a separate entrance for the two floors, but also an interior access by a nice wooden staircase.

Street history :
Rue Saint Antoine led to the Saint-Antoine abbey, converted into a hospital in 1790.
The rue Saint-Antoine used to run from the rue des Barres to the Place de la Bastille. The part between rue des Barres and rue de Fourcy was named rue François Miron by decree of 2 October 1865. The part between the rue des Barres and the rue de la Culture Sainte-Catherine (today's rue de Sévigné) was called, in 1227, rue de l'Aigle and rue de la porte Baudeer (Baudoyer or Baudet); the remainder was rue du Pont Perrin. 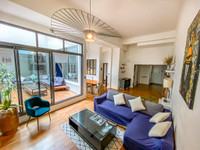 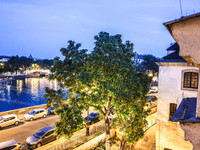 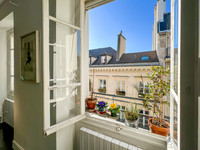 Search in Neighbouring Villages and Towns near Paris 4e Arrondissement