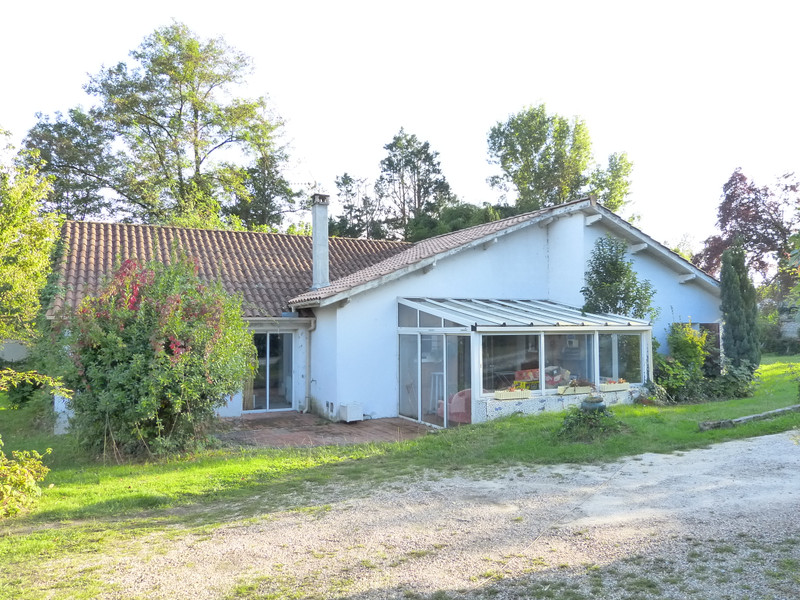 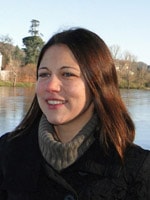 This well-established house set in the middle of its enclosed garden of over half an acre lies on the edge of a quiet village bordered by the Dordogne river and vineyards. There are primary and secondary schools in the village as well as a range of local shops, supermarket and sports facilities. Sainte-Foy la Grande with its hospital, shopping centre, supermarkets, train station, cinemas, etc. is only a mile away, whereas Bergerac airport lies 18 miles to the east and Bordeaux and its airport 55 miles west. Read more ...

Set in the middle of its generous and mature garden with walled entrance and iron gates. As you approach the garage and two carports the house lies on your right.
The conservatory (20m²) is north facing. You can enter the house from here.
It is heated and leads on to the fitted kitchen (15.50 m²) which opens out to the living/dining room with wooden flooring and fireplace. Bright and south-facing it accesses the large terrace nicely shaded by trees.
There are three bedrooms along with the bathroom and toilet to one side of the public rooms and a further two bedrooms, a television room, an entrance hall and a mezzanine to the other side.

The garden has a slightly raised 8x4 swimming pool, mature trees and a well. 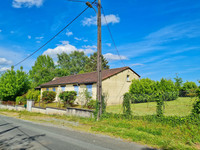 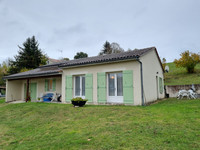