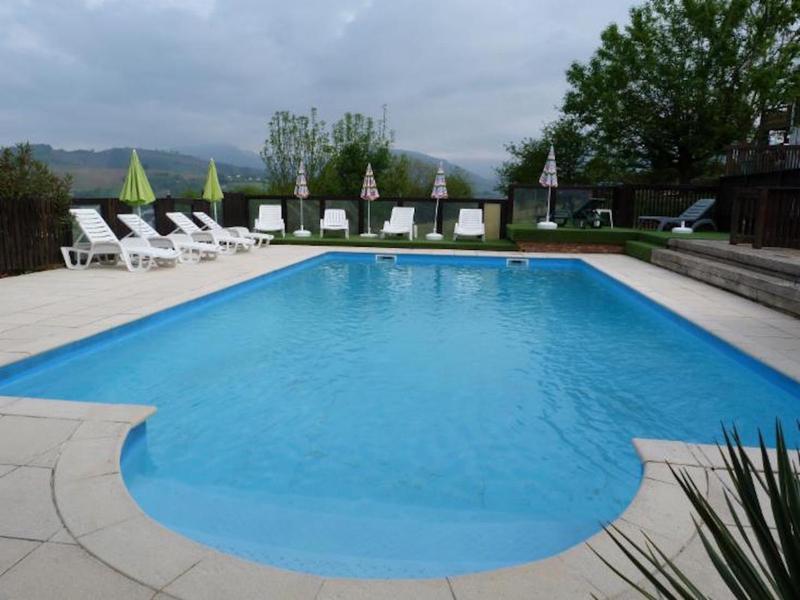 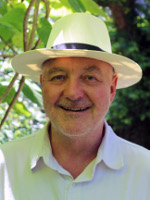 Buy this well-established holiday complex to immediately generate an excellent income for yourself all year round! Located in the south-west Pyrénées, close to ski resorts and the Atlantic coast, this huge property has so many facilities to offer holidaymakers, you can guarantee many repeat clients, especially if you continue to expand the accommodation and the activities/events. The current owners created this truly amazing holiday complex in 2006 and have added more and more facilities each year, such as the gym, sauna and hot tub. The various buildings, equipment and grounds are well maintained and the accommodation offers flexibility for small or large groups, families, friends or even corporate clients. Read more ...

Situated in a magnificent location in the foothills of the Pyrénées with stunning mountain views, this holiday complex is both a home and a business and would be ideal for a couple or a family to run. To the south of the property are the Pyrénées and the Spanish border. To the east are the rolling hills of the Barétous Valley, to the north are Oloron-Ste-Marie and Pau, and to the west are the Atlantic coastal resorts of Biarritz and St-Jean-de-Luz.

The property comprises a six-bedroom family house with five Bed and Breakfast rooms (each with an en suite bathroom and private terrace), three gîtes (and a barn ready for conversion to create another 3-4 bedroom gîte), 7ha (17 acres) of gardens and grounds including a small campsite, with showers, WCs and kitchen, a swimming pool, a sauna & hot tub, a well-equipped gym, a small climbing wall, an art studio, a club house & games room, a children’s play area, two barbecue areas, two dining areas with kitchen and private parking.

First floor:
- a bedroom with an en suite shower room and WC
- three further bedrooms
- a bathroom with a WC

- five purpose-built letting rooms, each with an en suite shower room and a large south-facing terrace with a stunning view of the Pyrénées

- small campsite for up to five tents, with shower, WCs and kitchen
- children’s play area
- areas for golf, boules and badminton

The potential to expand this well-established business is endless!

The area attracts a large number of tourists holidaying together, such as cyclist, motorbikers, fishermen, walkers, not to mention a constant stream of pilgrims doing Le Chemin de St-Jacques de Compostelle. With suitably targeted marketing, this holiday complex could quickly become a go-to venue for any of them.
it would also be ideal for hosting weddings and other celebrations involving large numbers of guests or family, or even for business clients looking for accommodation for corporate events.

Already accommodating well over 30 people, the accommodation could be extended in several ways:
- the attractive barn (80m² on each of two two levels) could easily be converted into a three- or four-bedroom gîte
- the existing 1-bedroom gîte could be extended
- two additional bedrooms (used occasionally as overflow accommodation) could be combined to form a studio gîte for a couple
- the camping facilities could also be expanded

Aramits is in the Béarn, one of the ancient French provinces in the south-western Pyrénées and at the gateway to the Soule, one of the three provinces of the picturesque French Basque Country. It is close to the Spanish border, Pau, Lourdes and an easy drive from the famous beach resorts of the Atlantic coast, such as Biarritz and Saint-Jean-de-Luz. Toulouse, Bordeaux, San-Sebastián and Bilbao are all within easy reach.

Popular with tourists all the year round for hiking, mountain-biking, white-water rafting and fishing, the region also offers a range of winter sports (downhill and cross-country skiing, snowboarding and snowshoeing) with easy access to numerous ski stations. For those preferring beach-based activities (especially surfing) the famous resorts of the Atlantic coast are less than two hours away (Biarritz, Saint-Jean-de-Luz, Hossegor...).

The property is on the Béarn/Basque border and is close to the Bearnaise villages of Aramits and Esquiule and the basque village of Barcus. Aramits (4 minutes’ drive) has an Intermarché Contact supermarket and most essential services and Barcus is very well known for its rugby team and gourmet restaurant! The weekday bus to Oloron-Ste-Marie can be caught in Aramits - and during the skiing season, the bus goes up to the La-Pierre-St-Martin ski resort at the weekend. For a greater choice of shops, Oloron-Ste-Marie is about 20 minutes away, where you can catch the train to Pau or the long-distance coach to Toulouse, Lyon or Spain.

Buses to the surrounding villages and to Oloron-Ste-Marie can be caught from a bus stop right outside the house. The buses run every weekday throughout the year. During the skiing season, buses go up to the ski resort at La-Pierre-St-Martin at the weekends. School buses to secondary schools in Oloron-Ste-Marie, Mauléon-Licharre and Arette also stop here.

Film buffs might be interested to know that the town of Oloron-Sainte-Marie and several of the picturesque villages of the Vallée d’Aspe have recently been chosen as film locations, most notably for two French films starring the Oscar winner, Jean Dujardin, and an English film, "Waiting for Anya" based on the Michael Morpurgo book set in France in the Second World War. Not only is the stunning, unspoilt countryside of the Béarn perfect for filmmakers, but enthusiastic locals are often encouraged to volunteer as extras to appear alongside the international film stars - next time, that could be you!


DRIVING TIMES (from the centre of Aramits)