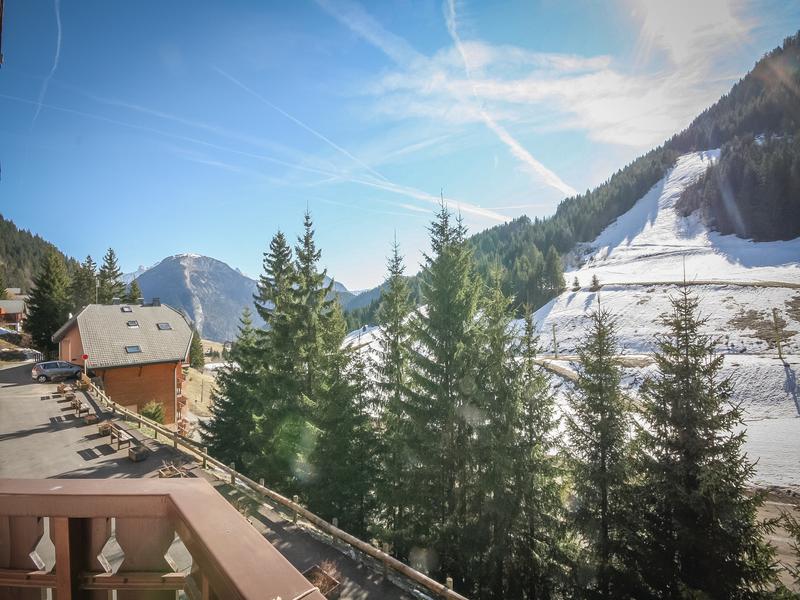 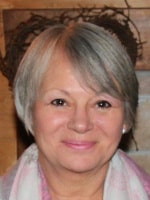 You will never loose these superb views from this sunny studio for sale in the Col du Corbier, Le Biot. The owners have improved it by adding wooden cladding on the walls, an induction hob and extra lighting. It comes fully furnished and equipped. It is a 25 minute drive to Morzine or to La Chapelle D’Abondance for the slopes of the Portes du Soleil. It is 70km from Geneva airport and takes just over an hour.

The Col du Corbier at an altitude of 1230m straddles the vallee D’Aulps and vallee D’Abondance in the Portes du Soleil ski region. A project is underway to create a ‘Montagne Douce’ for the Col. It has a toboggan run, pistes for cross country skiing and snowshoe walks. There are husky sledge rides during February and March.

This is a smart studio at a good price.

There are 237 lots in the co prop and there are not any financial legal actions pending.

The Col du Corbier is a ‘stone’s throw’ from skiing in the vast Portes du Soleil domain. Abondance is 14 km and Morzine is 16 km. By car they take 20 and 25 minutes respectively.

Morzine/Avoriaz, Les Gets, Abondance and Chatel are in the Portes du Soleil ski domain that spans two countries, France and Switzerland. At only approximately 50 miles from Geneva, they couldn't be more accessible for short breaks as well as longer holidays. The Portes du Soleil is vast with 650km of slopes and plenty of off-piste besides. It consists of 14 resorts in France and Switzerland and the lift system of 209 lifts allows skiers to cross borders freely and enjoy this winter adventure park.

It has an active summer programme to suit most appetites and the towns themselves are busy little Alpine towns with a lively spirit. Steeped in tradition, traditional wooden chalets, slate roofs and stone foundations ensure that the villages retain their character and Savoyard charm. In the summer they offer mountain bikers some of the world's best mountain biking terrain, boasting up to 380kms of marked trails with varying degrees of technical skill required.

Morzine has been proud to be a venue for the Tour de France and host to Mountain biking championships. Some other summer activities include: paragliding, golfing, fishing, canyoning and tennis.