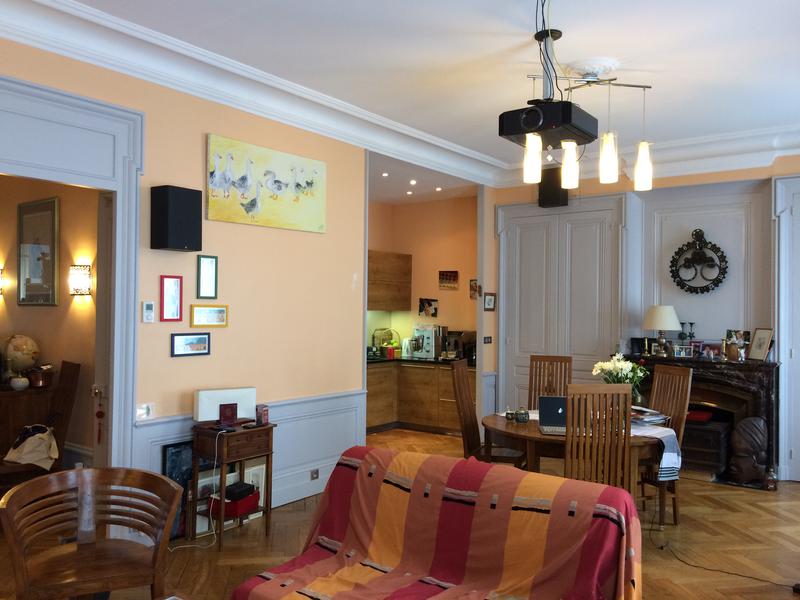 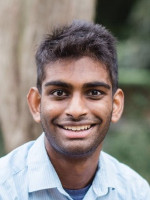 A luxury, three-bedroom apartment situated in Lyon’s affluent 6th district, finished to the highest standard after a complete refurbishment by the current owners. There is a lounge/dining room with an alcove kitchen, master bedroom with an en-suite, two other bedrooms, bathroom and plenty of storage space. The Rhone embankment, Tete D’Or park and Part Dieu commercial hub lie in close proximity, whilst the neighbourhood is well-served by public transport (metro line A, tram line T1 and several bus routes).

The apartment, measuring 135m2, is located on the first floor of a 19th century building in the salubrious Foch neighbourhood. It is characterised by high ceilings, tall windows, mood lighting and wooden decor. The centrepiece is the majestic living room, which spans almost the entire length of the property and provides the perfect place to lounge. One wall has a grand fireplace flanked by cupboards whilst the other features illuminated ornamental indentations. A set of three windows, each with a corresponding radiator, line the wall in between, bathing the room natural light. A stylish kitchen is nestled in an adjoined space and boasts built-in appliances including induction hobs. The master bedroom equals the living room in terms of grandeur, with two south-facing windows, a cavernous walk-in wardrobe and an ensuite bathroom. There is ample space for a king-sized double bed, along with a sizeable desk. The spacious second bedroom also possesses a pair of south-facing windows, whilst the elegant third bedroom includes a fireplace. In the middle of the hallway lies a contemporary bathroom, whose monochromatic style is mirrored in the master bedroom’s ensuite. Elsewhere, there is an abundance of designated storage cupboards.

Foch is the crowning jewel of Lyon’s 6th district. The neighbourhood was established in the late 19th century on the banks of the Rhône, with its wide avenues, splendid squares, sandstone facades, mansard roofs and balustraded balconies reflecting the Haussmann architecture of that era. It is impeccably located, sitting in close proximity to the Tête d'Or park, Internationale city, Part Dieu railway station, Part Dieu commercial centre and Paul Bocuse halls. Gourmet restaurants such as Pierre Orsi, Le Théodore and Chez Les Garcons uphold Lyon’s gastronomic reputation. The area is also teeming with excellent cafes, bars, bakeries and chocolatiers. Evening entertainment comes in the form of the Tête d'Or theatre and Astoria cinema. Education is well-represented too, with public and private institutions including Lycée Du Parc, Édouard-Herriot et Fénelon.