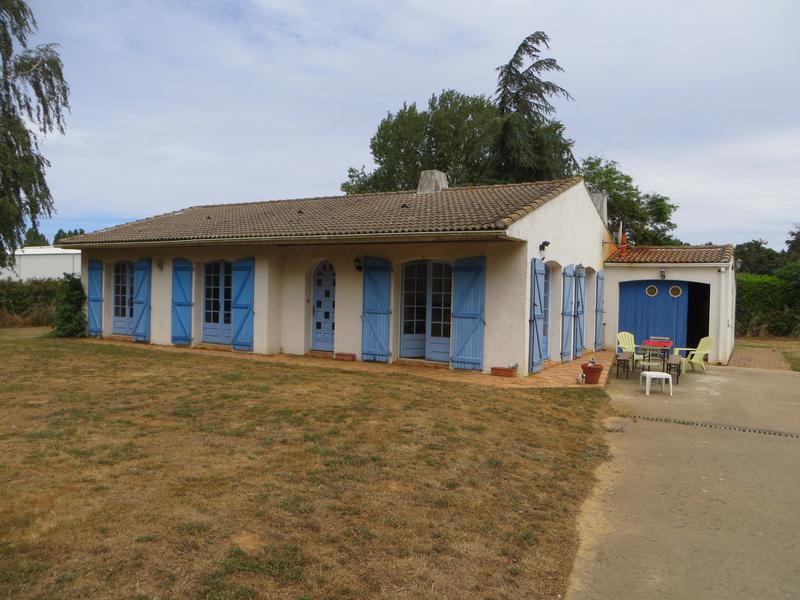 Great opportunity to purchase a successful kennel business and 3/4 bed bungalow on an acre plot, situated in the countryside, 4kms to Luçon and 20kms to the coast 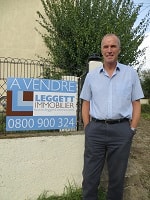 Set back from the quiet country lane, the 3 bed bungalow has an annexe with an office (which could become a fourth bedroom) with a shower room and it also has an attached garage.
Behind the bungalow are the 10 dog kennels which were built by the present owner in 2011 and a summerhouse that has been converted into 3 cat boxes.
It is an established, all year round, successful business that would require the new owner to obtain the necessary licence to run, which is basically a formality and free.
Located in a small hamlet close to the cathedral town of Luçon, with its hospital, station and all the necessary amenities and just 20kms to the endless Vendéen beaches.
25kms to La Roche sur Yon, the capital of the Vendée, with its TGV and autoroute links to Paris and about 1hr to the airports at La Rochelle and Nantes.
For the ferries, St Malo is 3hrs, Cherbourg and Le Havre 5hrs and Calais 7hrs.
Read more ...

The bungalow consists of an entrance hall (7m²) with a separate WC and several storage cupboards, a large lounge/dining area (32m²) with a stone fireplace, a fully equipped kitchen (18m²) with access to the rear corridor with doors to the rear garden, the office (11m²) with shower room plus sink and the attached garage (16m²).
From the entrance hall there is a corridor, with more storage cupboards, that leads to the 3 bedrooms (12, 2 x 10m²) and a shower room with a WC.
The lounge has 3 sets of external double doors and the 2 bedrooms at the front of the bungalow have double doors onto the garden.

There are 9 kennels built together, each with an inside area of 7.5m² which have tiled floors, electric heating and music! and an outside concrete area of 5m². The 10th kennel (an isolation kennel) is attached to a storeroom on the other side of the exercise area and it is all located in a fenced environment behind the bungalow.
The summerhouse (12m²) is in the rear garden of the bungalow and it has been converted in 3 separate boxes for cats, which also have heating and music.