We have a selection of high quality properties and land,around Tania's area that are for sale off market. To access these please email discreet@leggett.fr 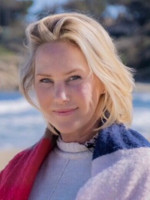 Charente Maritime has a tranquil charm about it and so much to offer. Its deep blue skies, rolling countryside and a soft, golden light have been the inspiration of many artists and photographers alike. Compared to Provence and neighbouring Dordogne it is still relatively undiscovered with an added advantage of being on the sea. The area is extremely accessible; just over 2 hours from Paris on the TGV train and regular flights to the UK from Bordeaux, La Rochelle, Poitiers, Angouleme and Limoges There are some great festivals throughout the year, such as the Cognac Blues Passions - not be missed. The cultural heritage of this area includes extensive Roman ruins at Saintes, cobble-stoned alleys of medieval Jonzac and unassuming hamlets with 12thC Romanesque churches. Practically every village has a busy local market and there’s always a bargain to be sniffed out at a "brocante". You will find excellent food and wine where ever you venture, deservedly ranking among the best in France.

Born in Rome, I acquired a taste for the Fine Arts and specialised in Renaissance Architecture at university. Educated in the UK, I was later mainly based in London working in television production and have now settled in Cognac. I highly recommend this region as a place to bring up your children or as an easily accessible family retreat. 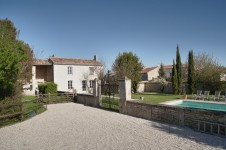