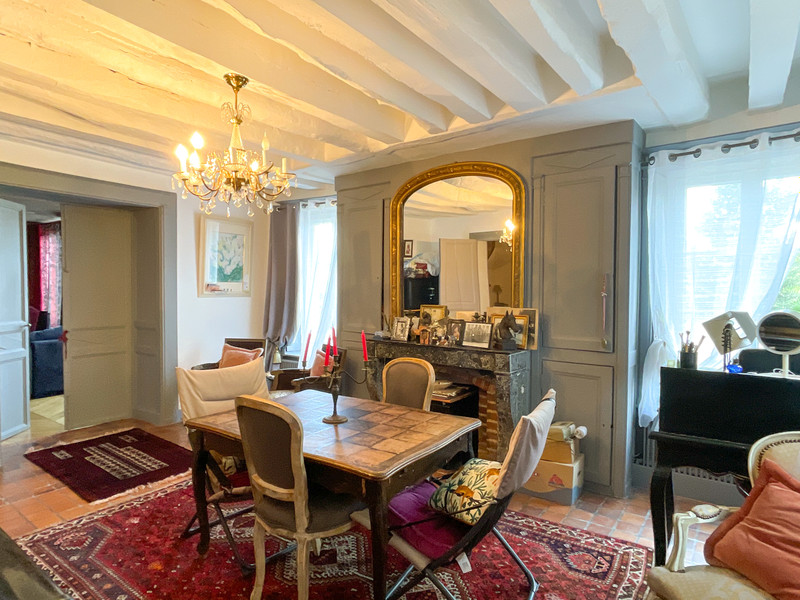 In the village of Chauvry with its listed valley, in the immediate vicinity of L'Isle-Adam and with easy motorway access to Paris or Roissy Charles de Gaulle airport, Leggett International Real Estate offers this beautiful 19th century property with a lovely historic past as a post house and then a very famous hotel restaurant.
A self-catering cottage is available in the second house built on the property.

The former hotel-restaurant "Les quatre vents", which became the main house, is now a magnificent family home with 13 rooms, including 7 bedrooms, where the key word is "volume",
A perfect building for a large family who loves beautiful stones and houses with character.
The ground floor offers a large and luminous dining room and an equally large living room/home cinema room with retractable screen.
In addition to their volume, these rooms have all the charm of the old with period floor tiles and each a beautiful marble fireplace.

The ground floor also offers a first bedroom and a shower room with toilet as well as a beautiful and healthy wine cellar, and access to the semi-buried laundry and boiler room.

A very beautiful period staircase leads to the upper floors of the house.

The first mezzanine floor has its own entrance from the garden level and offers a second large living room with tiled floor and marble fireplace leading to a large winter garden with a semi equipped open kitchen, perfect for enjoying the garden even in the colder seasons.

On the first floor is the main living area of the house of almost 45m² with its fully equipped open plan kitchen and a master suite, (almost an independent flat), with its dressing room, bathroom and double bedroom.

At the entrance of the landing of this floor there is also a separate toilet and a cosy washbasin area on the landing.

The next floor offers a new very large bedroom with access to the balcony/terrace above the winter garden, and a separate toilet.

The second floor offers a very pretty bathroom with double washbasin, shower and balneo bath, a bedroom currently converted into a study and a fifth bedroom, also very large, with period floor tiles, with a mezzanine and a double dressing room under the mansard, (almost 30m² floor space).

Finally, on the third and last floor are the last two bedrooms of the house, with a bathroom with WC.

The gîte rural has been established in the second independent house built over a garage and a workshop room.

A rose-lined driveway leads to a 30m² terrace and the entrance to the gîte.

The French window opens onto a very large living area with fireplace and fully equipped kitchen, all of which offers nearly 56m² of impressive space thanks to the cathedral ceiling.

The hallway leads to a bathroom with double washbasin and spa bath, separate WC and the staircase leading to the first floor which is the sleeping area with two bedrooms, a laundry room and a dressing room.

The property also has two boxes.

This beautiful property represents the perfect home for large families wishing to live in a privileged and preserved environment, with amenities in the immediate vicinity, and whose second house offers the possibility of welcoming family and friends, or of generating additional income by using it as a rural gîte as is currently the case.
Horse-riding enthusiasts will also be fully satisfied thanks to the stalls installed on the property and the forest which adjoins the village and which offers the ideal setting for beautiful walks.

Chauvry is a French commune located in the Val-d'Oise department, in the Île-de-France region. Its inhabitants are called the Chauvriots. The village has retained its rural character, illustrated by the presence of a farm producing award-winning goat's cheese.

The common limits with Saint-Leu-la-Forêt, Saint-Prix and Bouffémont are in the middle of the Montmorency forest. The southern boundary of the commune is marked by the Route des Fonds, the most northerly of the three main east-west forest roads in the massif

The village seems to have been a prehistoric site for the production of sandstone tools.

The existence of the village is attested in the 11th century under the name of Chalveri.

From the Middle Ages until the 19th century, the village lived mainly from the exploitation of wood from the two neighbouring forests. Thomas Clouet, a canon of Montmorency born in Bessancourt, built a church there in 1547.

The castle and its park, destroyed during the French Revolution, were owned by vassals of the Duke of Montmorency. All that remains today are the outbuildings, known as La Conciergerie. 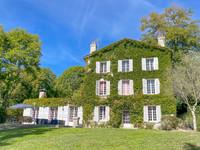 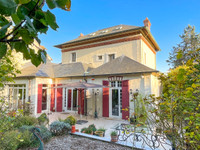 Search in Neighbouring Villages and Towns near Chauvry