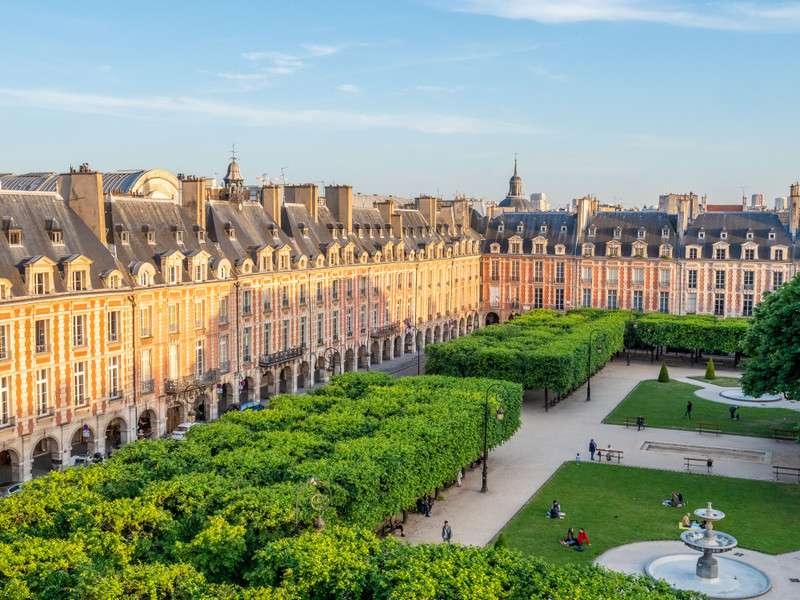 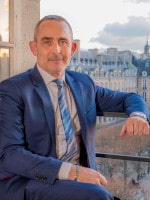 On the Prestigious and Highly coveted Place des Vosges, Leggett Immobilier Prestige presents this rare property, located just a few steps from the Pavillon de la Reine, a remarkable 17th century building.
Accessed by a grand staircase, this characterful duplex apartment is located on the 3rd and 4th floors, offering panoramic views of the gardens and the Paris sky.
With a total surface of 237m2, Loi Carrez 193m2, this duplex is composed of a large entrance/reception, a living room with stone fireplace and cathedral ceiling, a dining room, a fully equipped kitchen, 3 bedrooms, 2 bathrooms and a shower room, 2 independent toilets, 2 dressing rooms, an office or extra bedroom, and a private terrace on the roofs. The splendid views of this property dominate the Place Royale.

Surfaces and miscellaneous:
PARIS 75003-Place des Vosges/Quartier Les Archives-
A rare and exceptional property, a prestigious address, in the heart of the Royal Paris from 17th century.
The Place des Vosges, classified as historical monument, is one of the architectural gems of the capital and also emblem of the Marais district, between the 3rd and 4th arrondissements.
Designed according to a square plan, the square is surrounded by thirty-six pavilions housing high arcades, mixing limestone and red bricks, bluish slates and sloping roofs, windows with latticework and chainages. In the center, a gated garden of more than one hectare is an ideal place for a walk.
Symmetrical to the King's Pavilion, the Queen's Pavilion was built between 1605 and 1608, on a plot of 700m2.
Its first floor includes three arches, the central one being larger than the lateral ones, and these three arches allow to connect the Place des Vosges to the Rue de Béarn.
The Pavillon de la Reine is home to a renowned 5-star Palace hotel and a number of high-class private apartments.

An impressive grand staircase leads to the 3rd floor where the apartment is located.
This property of character in Duplex, on the 3rd and 4th last floor, with a total floor area of 237m2 (193 m2 Carrez Law, consists of 6 rooms including:

Near 3r and 4th districts:
3rd Arrondissement - Mostly a residential neighborhood, it is the quieter part of the medieval district of Le Marais, and one of most pleasant places to live in Paris. Sophisticated village, it contains several open-air markets and squares like the 'Carreau du Temple', the Garden of the 'Hotel Salé' (Picasso Museum) or the garden 'Saint-Gilles-Grand-Veneur'. The Oldest surviving private house of Paris, built in 1407, is to be found here, along Rue de Montmorency (its first owner claimed to possess the philosopher's stone). The area includes beautiful buildings and many mansions like 'Hotel de Montmorency', 'Hotel de Marle' or 'Hotel Albret'. From the 17th century, the districts is inhabited by the nobility including Madame de Sevigné, hence the name of one of its current street. Some streets such as Rue de Bretagne, Rue de Montmorency, Rue Charlot or Rue de Braque are particularly sought after. The district was the place where several communities including Auvergnat, Jewish and Chinese established over the centuries.
4th Arrondissement – Known as the Marais (Soho) and attracting artists, designers, trendy shopkeepers and students, it is a lively and bustling neighborhood, with lots of trendy bars and restaurants as well as Rue des Rosiers, a centerpiece of Jewish lifestyle. The arrondissement contains the Renaissance style City Hall and Place des Vosges, the historical Notre Dame de Paris Cathedral, the contemporary Pompidou Centre and Ile St. Louis and the Ile de la Cite being the oldest parts of Paris. It is desirable with its little streets, cafes and shops with old buildings and multi-cultural exposure. 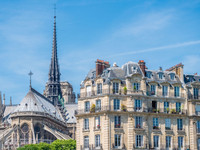 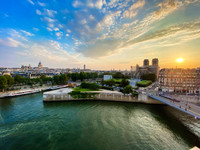