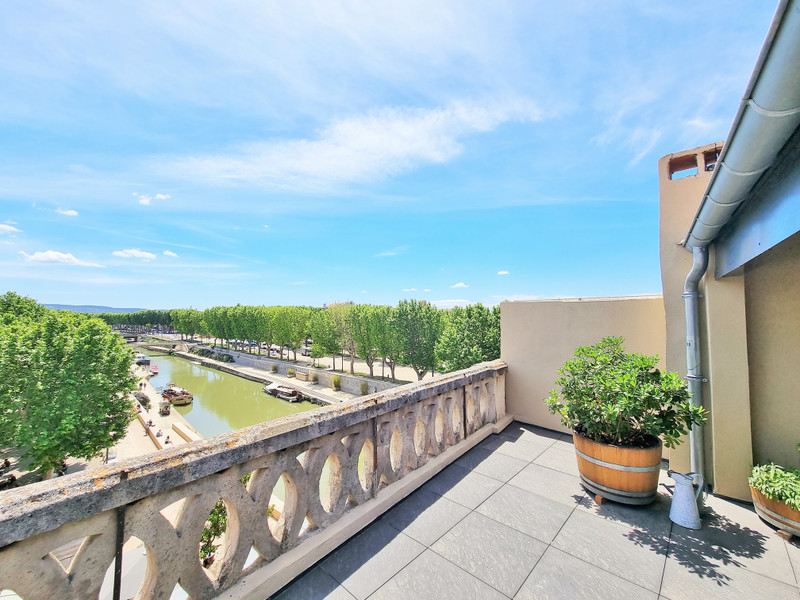 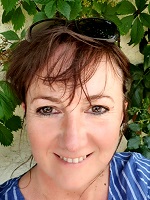 This unusual loft apartment - created from 2 floors in a historic property integrating the former main staircase - is located right in the heart of Narbonne with spectacular south facing views. It offers 193,85 m² of habitable space. There are 4 bedrooms - one an ensuite with its own dressing and shower room. The other three share a modern family bathroom. The night part is on the first level of this unique property and the upper floor is there for living and entertaining. All open plan and with high ceilings it has this special loft feeling. The two terraces – partly covert, extending the living area by nearly 60 m² providing the best views you could imagine in Narbonne. Completely south facing you overlook the famous canal de la robine just up towards the market hall, the buzzing city life with its cafes and restaurants, even the Cathedral you can see. If you are looking for the unusual with a bit of Paris feeling,  but affordable and bohemian atmosphere – you've found it  Read more ...

This property is a rare find because of its style, its location and its comfort and views. When entering the building from the Cours de la République you enter on the 2nd level by using the former staircase of the building which is now completely integrated into this apartment. Walking up the stairs you arrive on a landing currently used as office space and dividing this floor into two parts. To the right you have 3 good sized bedrooms with tomette floors and a family bathroom. To the left the master bedroom with its own shower room and dressing. A nice feature is the free-standing bathtub in the bedroom and the beautiful original tiles. From the landing you can access the former main staircase which leads to the living area – completely open plan with its modern kitchen, a dining and lounge area it leads onto an inner courtyard of round about 25 m² – fully open from which you step onto the second, partly covered, terrace of 33 m², giving you the most spectacular south facing views onto Narbonne.

Narbonne exudes a very authentic, southern French flair and is located a little inland pretty much on the border between the departments of Hérault (34) and Aude (11). With a population of just over 55,000, Narbonne is the fourth largest city in the Languedoc and the capital of the department. In Roman times, the Via Domitia ran right through the city. The very wide "Canal de la Robine" (World Heritage since 1996) has connected Narbonne with the sea since antiquity, so that it could participate in maritime trade. Since the late 18th century, the "Canal de Jonction" has also provided a connection to the "Canal du Midi". The city of Narbonne is certainly one of those places where you can really feel what the south feels like because of the surroundings, the light, the atmosphere in the streets. The Spanish boarder is only 100 km away and the low-cost airports of Beziers, Carcassonne and Perpignan provide good connections to most European countries. The international airport of Toulosue can be reached in under 2 hours and Montpellier is only 1 hour with good connections via Paris or Amsterdam. Narbonne is also served by the TGV. 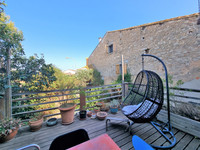 Search in Neighbouring Villages and Towns near Narbonne