This property has been sold by Leggett Immobilier 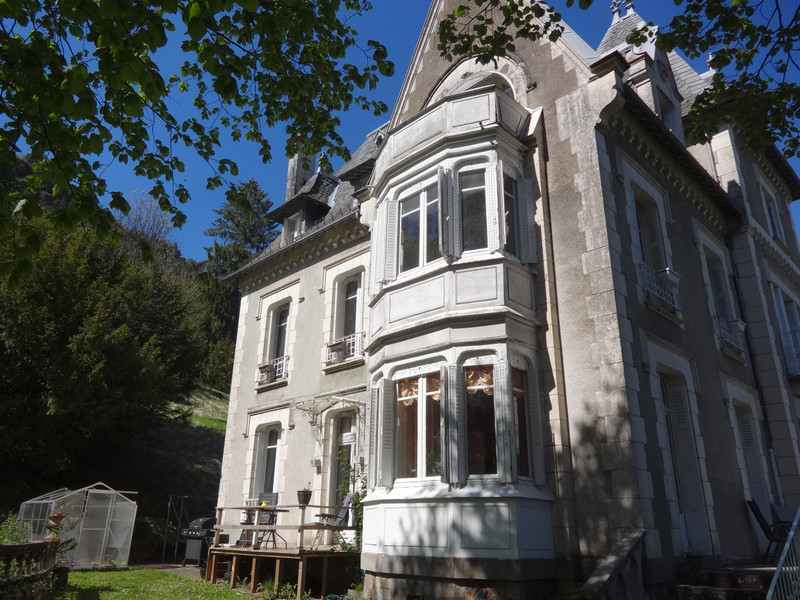 Search in Neighbouring Villages and Towns near Vic-sur-Cère 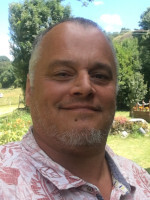 Beautiful Chateau, currently used as a grand family house, but could easily be transformed into a bed and breakfast establishment again. The property is accessed from the roadside by a private driveway, with an old gatehouse that needs to be refurbished to a make a three bedroom house.
The Chateau is accessed via a stone staircase and grand doorway openin into a beautiful hallway with a study/office (16sqm) on the right hand side. A large combined lounge and dining area (65.7 sqm) that is easily separated,. This room was previously used as the B&B dining area. It is double aspect, with two large fireplaces. Patio doors open to an outside balcony area for dining or just sitting out and relaxing. The kitchen is well equipped with a door that leads to a small patio area.
A hardwood staircase leads to the first and second floors, each with four double bedrooms, all with bathrooms / shower-rooms and W/C's.
The cellar is the full size of the house and is used for storage.

The garden surrounds the house. The main section of the garden extends to the rear, with four large terraced areas that could be utilised for glamping development for future owners.
The potential for development of this property and terrain is fantastic, including the gatehouse, in a very popular tourist area.
Vic-sur-Cere has all the amenities, bakers, butchers, larger shops, schools, large shops. Ski resorts are 15 minutes away and large city of Aurillac is a 20 minutes drive.

Unknown to many except the French, the Cantal and Puy-de-Dome are a hidden gem, in the middle of France, with fresh mountain air and un-spoilt landscape. In the Massif Central mountains, the volcanic landscape of the Cantal has created an all year round adventurous activity location, from winter skiing, mountain walks, cycling and climbing. Water sports on the many lakes and rivers including, sailing, swimming, paddle-boarding and fishing in the numerous rivers including the Dordogne river. Cycling whether on or off road, there are choices from famous Le Tour routes over mountain passes, Puy Mary, or the forest trails and mountain descents such as Le Lioran. Cantal is a massive adventure playground, or for a more relaxing stroll around a local lake or park.
Amongst the extinct volcanoes in the Auvergne countryside with peaceful villages, medieval towns and larger cities, they all provide opportunity to sample local cuisine, where the food has come straight from the local farmers and the surrounding land. The local historical places to visit, such as Saint Flour, with its Gothic catherdral and to the south Gustave Eiffel’s magnificent Garabit viaduct, traversing the steep valley of the Truyere river. The ancient village of Salers, one of Frances most beautiful villages, offers practical displays of the countryside, from milking the cows to creation of bespoke knifes. To the south of Cantal the capital of Cantal is found, with festivals and eating out establishments is also the famous for the production of umbrellas, which adorn the streets.