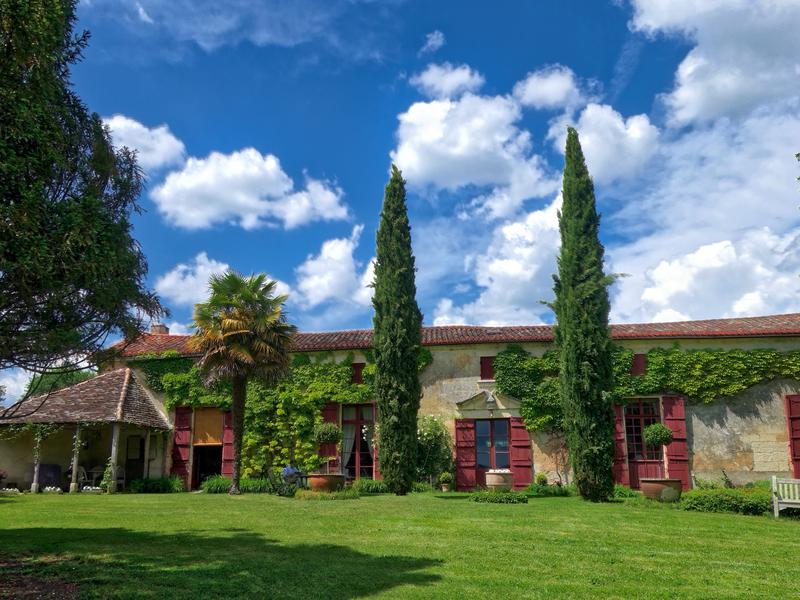 Reduction from €763,200 to €583,000
Magnificent equestrian property from the 18th century on 17 acres of land. Large longère of 400m2, with swimming pool, stables for 8 horses, beautiful meadows, and stunning views over the surrounding countryside.

Quiet and privileged situation, close to Aubeterre, one of the most beautiful villages in France, but also the village of Saint-Aulaye, all shops, amenities, schools and doctors, and its famous river beach.

For further information on this property or other equestrian properties contact:
equestrian@leggett.fr Read more ...

The property is composed of several buildings including a large stable with 2 saddleries of 370 m2, a covered carousel of 400 m2, with barn, and a very charming "longère" of 450 m2, where a wing shelters the reception and the offices, and the other, a totally private dwelling, as it overlooks the opposite face (south !) of the hill.

Magnificent fireplaces and wooden floors in each room, as well as patio doors opening to the beautiful landscaped garden, which overlooks the valley, and where a superb swimming pool of 6 x12 m is installed.

The attic can be converted and extends over the entire surface of the house.

This property also includes a small plot of 173 m2 with access to the river, down the hillside.