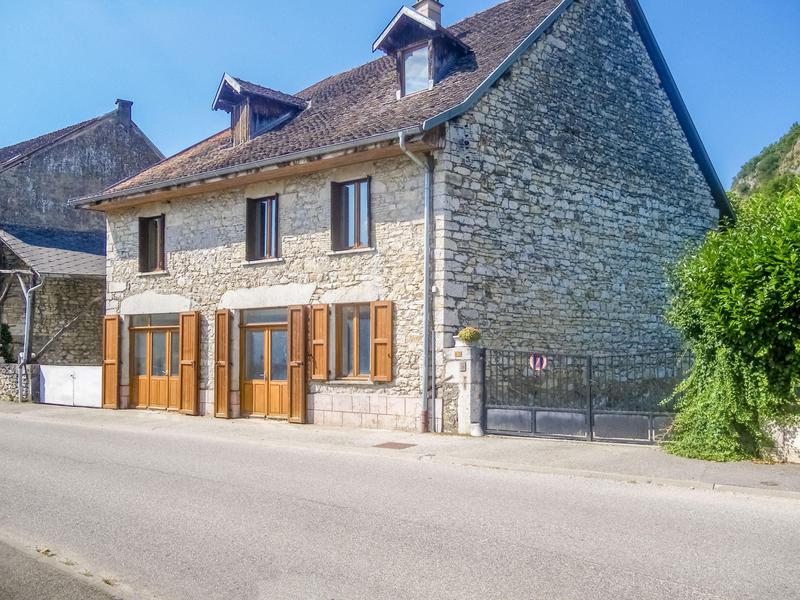 Picturesque stone house with two independent homes between the Rhône and Mount Cordon at the Northwest of Chambéry: 7 bedrooms, quiet, ideal for holiday home 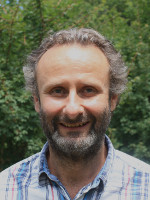 On the municipality of Brégnier-cordon, situated at 20 km to the South of Belley, in the department of Ain, a large stone house offers two independent homes: T4 of 95 m2 at ground floor with a kitchen, a large living room, a bathroom and two other rooms; and T8 (six bedrooms) of 192 m2 in duplex with tiled covered terrace, a kitchen, a lounge with a beautiful fireplace, 2 rooms, a bathroom and a dressing room on the first floor, 4 beautiful bedrooms and a shower-room on the second floor. Small closed court, two cellars, central oil-fuelled heating, recent boiler with a fireplace at ground floor. Municipal parking lot opposite. The cycle track passes in front of, and a marina at only 2 km. At 20 km of the railway station of La Tour du Pin, 11 km of the motorway A43, 36 km of Chambéry airport and 55 km of the international airport Lyon.

The territory of Brégnier-cordon extends mainly in the plain of the Rhône, at the foot of the last heights of the massif of Jura (mountain of Brégnier, Mount of Cordon). Its minimal height is 203 m with a maximal height of 460 m. The municipality is lined by the Rhône at the South and by the West, at the North by the Gland. It is crossed by the bypass channel of Brégnier-cordon. The lake of Glandieu, situated near the hamlet of the same name, is a place of bathing appreciated in the region.

First home (95 m2 habitable) at GROUND FLOOR with an entrance, a large living room with a stove with wood granules, a kitchen, a bathroom, another room and toilets.

Second home (192 m2 habitable) at the first and second floor:

Attic is not fitted out. All the windows are in double glazing with wooden shutters, a recent fuel boiler Viessmann, two cellars with a fuel tank and for storage. Sewage system by mains drainage.

Nearby: bus stop, shops, in Avenières (9 km): schools, all commodities; transport: railway station La Tour du Pin at 20 km, access motorway A43 at 11 km, international airport Saint-Exupérie of Lyon at 55 km (where the (HST brings you to Paris gare de Lyon in 2 hours). Chambéry at 39 km.

Excellent departure for sport and leisure activities:
· Bike and rollers on Viarhôna, cycle track of about 50 km in the direction of either Groslée or Belley
· 3 looped paths marked out from Brégnier - Cordon: " paths of the water " and the " path of lônes and islands of the high Rhône " with plaque of interpretatiion, the " Tour of the Mount of Cordon "
· Closeness of the GR 59, the paths of Compostelle and d’Assise
· watched Bathing (in July, August) in the stretch of water of Glandieu ( free access)
· Strolls with donkeys
· Fishing on the river, the lake or the private stretch of water
· Caving (Speleology)
· Ornithology, in particular birds in winter on the former lake of Pluvis
· Canoë-kayak on the Rhône
· Nautical Stopping place of 6 rings at Pluvis

Find the places of interest of the municipality and its neighborhood:
· Viarhona
· Caverns
· Museum the High Rhône
· House of Izieu, Memorial of the exterminated Jewish children
· Waterfall of Glandieu
· Castle of la Barre
· Park Walibi
· Points of view and belvederes