Architect's house-loft of 205.45m ², steeped in history, at the border of Montmorency, where the space and the light have been given precedence in an open and warm minimalist spirit, providing a lot of space to metal, glass and polished concrete. 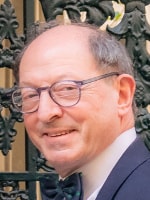 Nested in the heart of a park of 6000m² made up of a unique architectural set (former castle, chapel, convent) within a condominium, this loft was the former dancing room of Joséphine de Beauharnais (property of her aunt Fanny, Woman of Letters) before marrying general-in chief of “Petite armée d'Italie” Napoleon Bonaparte in 1796. Read more ...

In 1933, the property is bought by the Sisters “Servites de Marie”, who settle at first their “novitiate” and their “provincialate”, as well as an establishment for elderly before opening a health care establishment, Sainte - Marie private hospital, which stopped its activities in 1998.

This unique and original loft consists of two levels completely restored in the current decoration trend; however numerous elements of the period such as the moldings in the ceiling were preserved.

It comprises: a vast tiled living area (76.9m²) including a large design kitchen fully fitted out and equipped with numerous storage places making it exceptionally functional, open on the dining room giving onto a living room (31m²); the ceiling height (5m) and the numerous openings (five aluminum masterful plate glass windows with tilt casement windows and electric shutters) offer a beautiful luminosity to the main space.

Two bedrooms, one with outside access (16.4m² and 12.55m²), the spacious bathroom including a corner bath, two modern basins, a walk-in shower, detached toilets (17.2m²), the laundry room (6.25m²) and toilets (1.85m²) which surrounds the living space with its metal airy design staircase, leading to the upper level.

The airy feeling staircase brings you to the mezzanine (17m²) completely opened and overhanging the lower level giving a relaxing and cocooning space with a sensation of lightness as well as a fantastic view over the lower set including on the private garden and its terrace through the French windows of the living room.
Behind the mezzanine is situated a master suite: bedroom plus dressing room (18.8m²), shower-room with toilets (7.5m²).

For more comfort, economy and security, the set is endowed with a home automation system and of two pellet heaters. The huge plate glass window of the lounge opens on an outside relaxing space of 100m ² and its paved and flowery terrace (35m²) and its night-lighting system.

This loft is in a secured condominium with a pleasant neighborhood but its leading location within the condo gives him some complete independence. The condo also benefits from an independent access with its wrought iron automated entrance, two private parking lots as well as "visitors" spaces and a magnificent park with century-old trees. It should be noted that expenses connected to the condo are limited (1200.00€ annual).