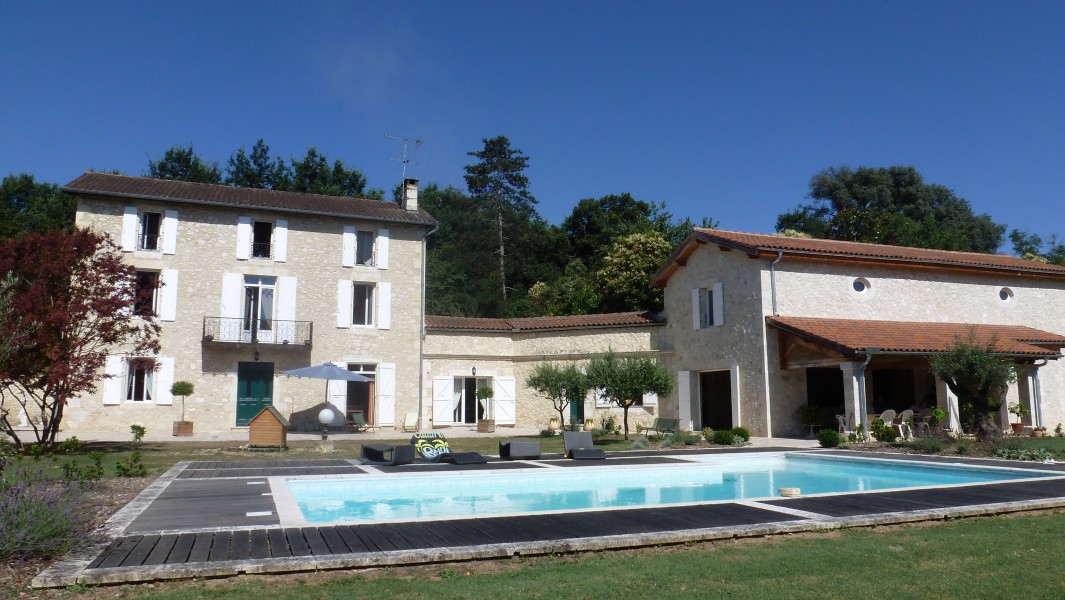 Reduction from €848,000 to €635,000
Beautifully restored 6 bedroom town house, with swimming pool in Condom, in the heart of bastide country.

A LUXURIOUS six bedroom HOUSE, immaculately restored to provide comfortable living accommodation, on the outskirts of Condom. This property would make a beautiful family home but also has a great potential for year round Chambre de Hotes business with independent owners living space and separate entrances. located on the popular route de Compostelle. Read more ...

This stone house, approximately 200 years old, is situated on the outskirts of the busy, thriving town of Condom. It has two private driveways, both with gated entrances, well maintained gardens, and a swimming pool (11 x 5) (salt).

The second floor has a further two bedrooms, bedroom five (11.58m²), bedroom six is very big, and could easily be transformed into another bedroom or a further en-suite (84.38m²).

An exceptional house of exceptional quality, would be a perfect family home, or to provide an additonal income, a chambre d'hotes.

Condom is the site of two castles, the Château de Mothes and the Château de Pouypardin, both started in the 13th century. In total, 19 sites in Condom are listed as monuments historiques by the French Ministry of Culture, including the cathedral, churches and houses.