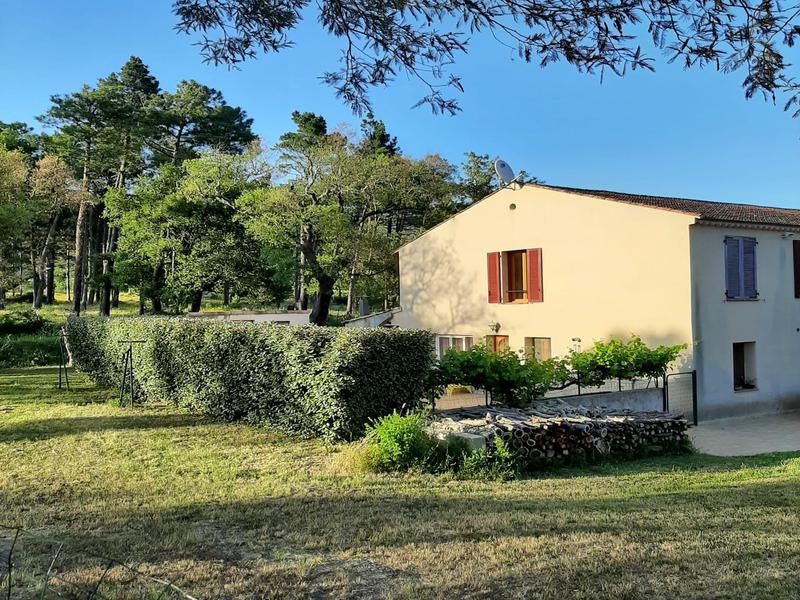 Unique opportunity. Hotel, restaurant, banqueting hall, private weddings. Property consisting of three buildings: Old building of 750m2 with two floors (former 17th century post house, not classified, to be entirely renovated), a one-storey annex with 6 studios and 2 flats for rent, a swimming pool, a covered summer kitchen for barbecues and the entire 20,324 m2 of land planted with trees, situated between the very famous town of Saint Tropez and the beautiful village, with its Provencal character, of Bormes les Mimosas 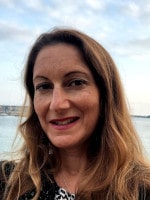 Property consisting of three buildings and swimming pool, undeveloped land.
The first building is an old coaching inn comprising on the ground floor: large restaurant, three lounges with fireplaces, bar, kitchen, cold room, cafeteria, office
- on the first floor: six bedrooms with toilets
- on the second floor: six bedrooms with toilets
The second one is a so-called annex construction with one storey on the ground floor and comprising:
On the ground floor: two flats of 110 m2 and 90 m2, an entrance hall.
First floor: 4 studios of 24 m2 and 2 studios of 27 m2 with kitchenette and toilet.
The third one includes a covered summer kitchen with a wood-fired oven.
Swimming pool of 10 m x 4 m.
Total plot of land of 20,324 m2

Charming estate situated in an oasis of calm, surrounded by vineyards and the forest of the Dom, between St Tropez and Bormes les Mimosas.
Wooded grounds of 20,324 m2 including a building complex of three buildings (a former coaching inn, an annex, and a covered summer kitchen) and a swimming pool. The old building of 750m2, a former post house of the XVIIth not classified, is to be entirely renovated.

The old building has two floors on the ground floor including:
- ground floor: large restaurant, three lounges with chimneys, bar, kitchen, cold room, cafeteria, office, etc.
- on the first floor: six bedrooms with toilets
- on the second floor: six bedrooms with toilets
An authentic 17th century Post Office Relais. Depending on its future use, it will be able to offer 750 m2 of operating space on three floors, after development work. A very large period fireplace and a stylish outbuilding add to the historical character of this building.

Next to the old building there is a summer kitchen with Provencal ovens and wood fire, a terrace for setting tables.

Opposite the old building there is a renovated annex construction which is currently divided into flats and studios for seasonal and long-term rental:
On the ground floor: two flats of 110 m2 and 90 m2, an entrance hall or reception.
On the first floor: 4 studios of 24 m2 and 2 studios of 27 m2 with kitchenette and toilet.

Next to the annex we can find the 10 x 4 mts swimming pool.

Possibilities for a hotel with restaurant, wedding hall, garden for photos and outdoor receptions, health or wellness centre, rental division, art centre ... a multiple of opportunities!

This complex is in Bormes les Mimosas, with direct access to the motorway, making it easy to find. This oasis of calm situated between St Tropez and Hyères, in the Massif des Maures and the Dom forest is an invitation to relax.
Behind the property there is a horse riding centre and boarding house; vineyards to the right and left of the property, the forest opposite and, next to it, the annex which is currently being rented out.

Bormes Les Mimosas :
Classified as one of the most flowery villages in France, Bormes les Mimosas extends its territory both by the sea and in the overhanging land a few kilometres from the beaches where its old village stands proudly like a Provençal cot.

In Bormes les Mimosas you will visit its old village on the hill and two of its emblematic districts on the seafront: la Favière (port) and Cabasson (beaches).
It is the real village of Provence, typical and authentic with its old houses with pink and ochre tiles, laid out in an amphitheater facing the Mediterranean, the ramparts and ruins of the castle, its flowered alleys winding in a labyrinth of stone walls covered with lush vegetation.
The commune is home to the Brégançon fort, a state residence used as an official holiday resort (mainly summer) for the President of the French Republic.
Every year on the last weekend of February the Grand Corso fleuri du Mimosa de Bormes takes place.
The activities on offer are geared towards water and outdoor leisure: water sports, diving, sailing, sport fishing; as well as seven walking and cycling circuits.
Bormes-les-Mimosas is part of the AOC Provence and Côtes-de-Provence La Londe olive oil appellation areas.