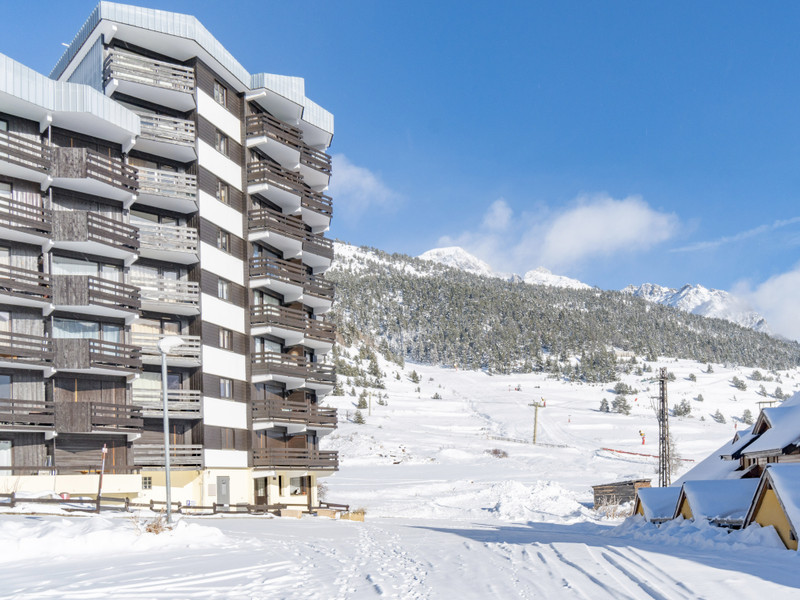 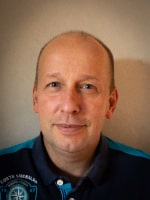 This nicely equipped studio, complete with shower room, toilet and balcony, comes with access to a ski locker and a private parking space.

Sunny Montgenèvre is waiting for you with open arms.

Located at an altitude of 1,860 metres close to the French-Italian border, Montgenèvre is both a traditional village and a popular ski resort. One of the oldest ski resorts in France, it is linked to the Milky Way ski area which boasts around 400 km of runs. A really lovely destination for taking advantage of both the joys of the mountains and of built heritage!

At the pass, the two lakes as well as the 18-hole international golf course, set up about fifteen years ago, embellish an open inviting landscape.
Read more ...

Montgenèvre is a charming village in the Southern Alps located on a pass close to the Italian border. The village is composed of two beautiful villages: Montgenèvre located on the pass and the Alberts village, nestled at its feet at the entrance of the valley of Clarée.

At 1860 meters asl, Montgenèvre, whose origins date back to antiquity, retains its peculiar characteristics while benefiting from the exceptional sunshine of the Mediterranean climate (300 days of sunshine per year); pure and invigorating air; flowered alpine pastures; mountain lakes; torrents and forests for all lovers of nature and beautiful scenery.

Montgenèvre is in the PACA region and as such is easily accessible from the south. Thanks to the quality of its transport infrastructure, particularly on the Italian side, the cross-border pass of Montgenèvre is totally unbuilt thanks to the proximity of the Chambéry / Modane highway and the nearby Alpine tunnel of Fréjus, as well as the TGV station Italian of Oulx, distant of barely 15 km (Paris-Oulx in 4 h 30!). Thus it becomes one of the most accessible ski stations of the Southern Alps.

The village is bordered by two slopes: Le Chalvet and Les Gondrans. On the south side the forests are mainly composed of pines and very Mediterranean vegetation. The northern slope or ubac (Gondrans slope) whose slopes descend from the Chenaillet or the Rocher de l'Aigle, is wetter. The forest, mainly composed of larch and pine cembro, is ideal for freshness in summer. The torrents gush forth from here and there.

The top of the pass is the watershed. On the slopes of the Gondrans, in the midst of the mountain meadows, flow the Sources of the Durance, valued by an itinerary of discovery; On the other, the Sources of the Dora, a torrent in the middle of the forest, the waters of which flow into the Po. Most of the vertices around Montgenèvre culminate at 2700 m; The Chaberton, culminating point of the commune, amounts to 3131 m. 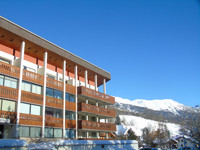 Search in Neighbouring Villages and Towns near Montgenèvre