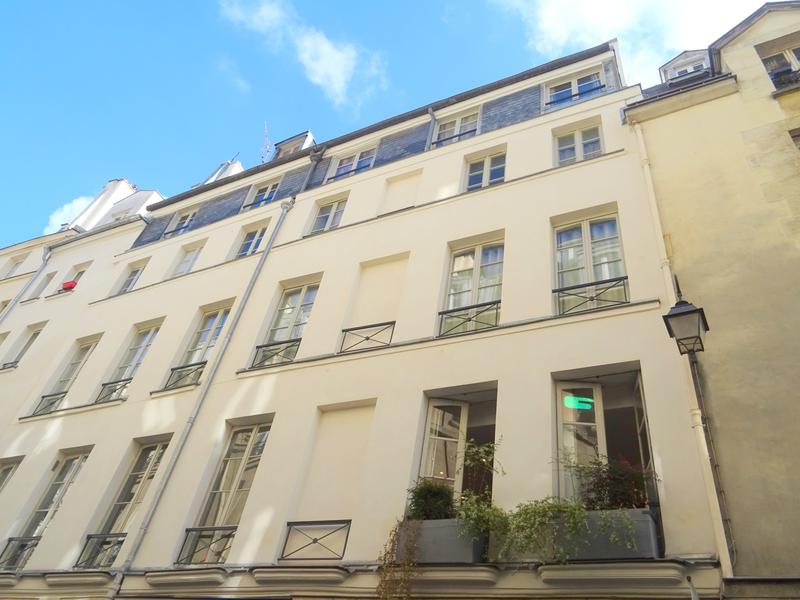 Paris 75003 - Beaubourg / Le Marais, an apartment with commerciality (Hotel accommodation) of 55m2 LC separated into 2 apartments of 28m2 of 2 Rooms each, fully furnished and equipped, on the ground floor overlooking quiet courtyard of a well-maintained building (see Plan and 360° view) to visit 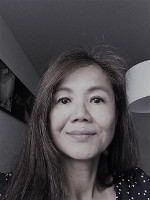 Paris 75003 - Sainte-Avoye District / Le Marais - A stone's throw from the Beaubourg center, a charming 55m2 of 3-room apartment, with commercialization (Hotel Accommodation), separated into two 2 apartments of 28m2 of 2-room/1 Bed. Each apartment has its own entrance which opens onto a living room with open and equipped kitchen, completed by a bedroom, a shower room and a separate toilet. On the ground floor overlooking a peaceful courtyard of a well maintained secure building of 1800. Sold fully furnished and equipped with plenty of storage and quality decoration, this well located apartment offers good profitability in furnished rentals. A stone's throw from the Marais district, the BHV stores and the Town Hall, it enjoys a lively, very Parisian district with its local shops, and its unmissable cafes, cocktails and brunch, bistro cuisine or gastronomic. Ideal investment, pied à terre, Parisian base, for a small family (see Map and 360 ° virtual tour). To visit. Read more ...

In the heart of the administrative district of Sainte-Avoye, this old building from 1800, built on the ground floor, has 27 apartments. It is built on a plot of 482m2, 224m from the Chapon nursery school and 216m from Vertus primary school. Transport nearby metro station Arts et Métiers (L11 and L3) at 347m and Rambuteau station (L3) at 307m.

3rd Arrondissement - Especially a residential area, it is the quietest part of the medieval sector of the Marais, and one of the most pleasant districts to live in Paris. A sophisticated village, it contains several open-air markets and squares such as the Carreau du Temple, the Jardin de l'Hotel Salé (Picasso museum) or the Saint-Gilles-Grand-Veneur garden. The oldest private house in Paris, built in 1407, is located here, in rue de Montmorency (its first owner claimed to own the Philosopher's Stone). The area includes beautiful buildings and several residences such as the Hôtel de Montmorency, Hôtel de Marle and Hôtel Albret. From the 17th century, the area was inhabited by the nobility, including Madame de Sévigné, hence the name given to one of its streets. Certain streets such as Rue de Bretagne, Rue de Montmorency, Rue Charlot or Rue de Braque are particularly sought after. The neighborhood was the place where several communities (Auvergne, Jewish, Chinese ...) have settled down over the centuries.