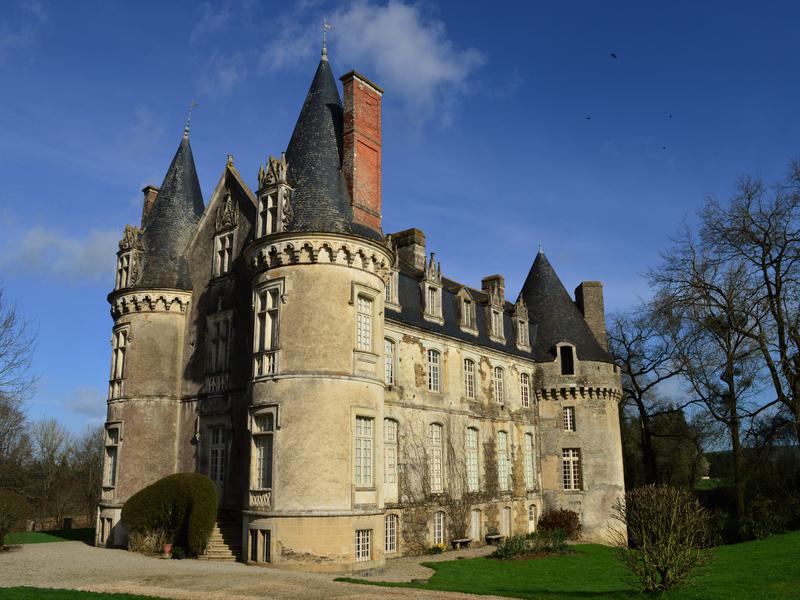 14th century Chateau for sale next to the Nantes Brest canal 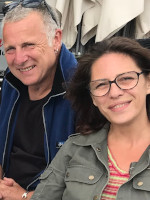 Crévy Castle, locally known as Château de Crévy, lies north of the village of La Chapelle-Caro, in the Morbihan department in France.

- On the 1st floor: anteroom, bedroom in a bathroom tour in a W.C. tour, room, hallway serving small living room, lounge, kitchen, W.C. a bedroom in the grand tour.

- On the 2nd floor: tower bedroom, utility room, WC, hallway, two bedrooms with shower room, one bedroom with bathroom, one room in the large tower.

Courtyard to the west in which there is an isolated tower and foundations of old towers, ramparts, terraces.

This listed property is well maintained and ready to move into. The interior is warm and inviting with large reception rooms, dining rooms and ample sized bedrooms.

The building underwent major restorations between 1970-1980: covering of the main building, refurbishment of the 75 doors and windows, repair of the framework of the major tower, which collapsed in 1970, resumption of parquet floors, electricity and plumbing, alarm system. There are stables nearby that were once connected to the chateau but are now owned independently and are for sale.

The first fortification at this site was a Roman oppidum. The present castle dates back to the 14th century when it was built by either the Derval or Rougé family. Crévy Castle played an important role in the defence of the Duchy of Brittany because of its position on the road from Rennes to Vannes and the waterway from Brest to Nantes. The compact round tower on its north east corner dates back to that time.

The castle withstood 2 sieges by the troops of Henry IV of France, during the French Wars of Religion in 1592 and 1593.

During the 18th century Crévy Castle was redesigned by the Brilhac family and again in 1855 when the Gothic entrance with 2 flanking towers was built. In 1966 the castle was restored.

It is an ancient Roman oppidum. Successive property of the Bonabes families (around 1149), Derval, Rougé (in the 14th century), Châteaugiron, alias de Malestroit (in the 15th century), Chastel, Montejean, Tournemine, Quelenec (in 1563), Rogier (in 1602), Descartes ( in 1644), Brilhac (in 1741), Humbert, Brilhac (in 1809), Poulpiquet du Halgouët (in 1812), Breil de Pontbriand de La Caunelaye (in 1816). The seigneury was erected as a county in 1697 for the benefit of François Rogier. The castle was at the heart of the conflict (during the wars of religion) between the Malestroit family who were Catholic and the family of Rohan de Josselin who were Protestant. The Duke de Mercœur had a garrison here; the king's party tried in vain to seize it. 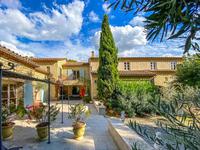 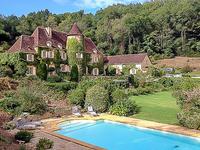 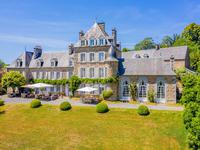 Search in Neighbouring Villages and Towns near LA CHAPELLE