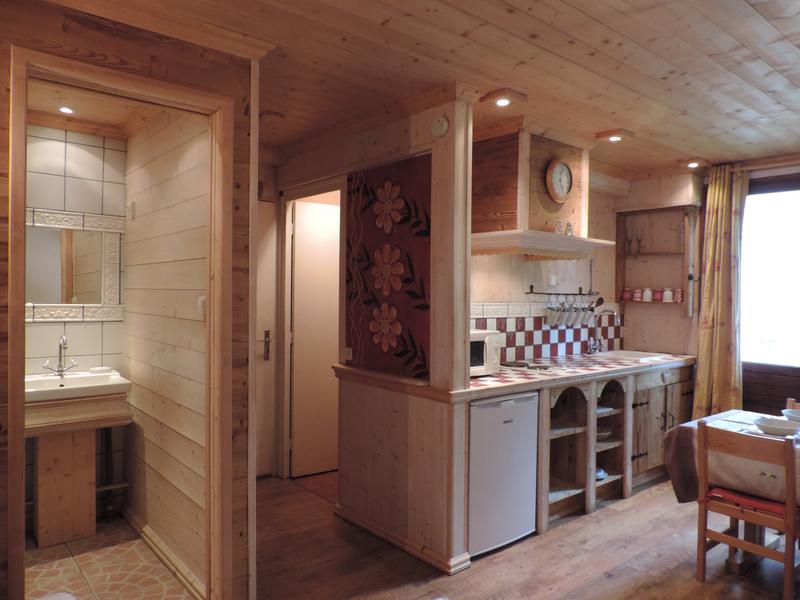 For sale: Nice studio apartment with direct access to a shared garden with beautiful views over the valley. Sold furnished & sleeps 2 comfortably. 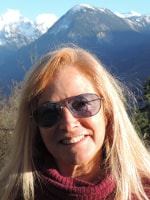 There is a small but functional kitchen with a two-burner stove, microwave oven & small fridge/freezer.

The dining area has direct access to the partially fenced private communal garden area which is shared between this property & 1 other apartment.
Bathroom with shower, washbasin and separate WC.

* the co-property charges are approximately €335 per year.

Act fast as this is a great opportunity to buy now in a building which will be renovated due to the sur-elevation project by a promoter !

Le Praz is nestled at the foothills of Courchevel and three valleys. It is a charming and authentic French Alpine village also known as Courchevel 1300. Le Praz is a fantastic location with year round appeal, nice variety of restaurants, bars, shops and friendly atmosphere. The village is ideally located & you can access Courchevel 1850 directly via a 7 minute tele-cabin ride or choose the chairlift that goes in the direction of the ski pistes that drop into La Tania or over towards Meribel valley. You are able to ski in to le Praz throughout the ski season due to the snow cannons that service the ski pistes. There is also a regular free shuttle service throughout the day and late at night serving all stations of Courchevel (la Tania included) and the village of Bozel. There is a variety of bars and restaurants to chose from; burgers & beer, traditional savoyard cuisine or even a Michelin star establishment.

There is a lake for fishing in the summer. Le Praz is also an ideal location to start your cycling tours of the Alps & offers some great VTT tracks as well, don't forget the horse riding! The community is building a brand-new well equipped fitness centre not far from the world famous Olympic ski jump plus there are two golf courses, one in 1850 and one in Meribel.

The commune has set up activities for children and teenagers. Playgrounds, beach volleyball and tennis courts are available between ski seasons. A fitness center is located near the ski jump (a world-class competition in August is held every year).
The new Aqua center in Courchevel 1550 village is just a few minutes away.

The closest train station to the 3 valleys is in Moûtiers, which is 14km from Le Praz. There is regular seasonal bus transportation to and from Moutiers.

Search in Neighbouring Villages and Towns near COURCHEVEL