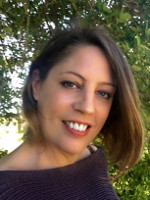 Aurel. This beautiful perched Provencal village, is located at the limit of Vaucluse just between Sault and Montbrun les Bains. This beautiful and entirely renovated traditional village house includes two distinct independent floors which offers the possibility of having two different habitable spaces if needed: On the ground floor is an open plan kitchen living room, two bedrooms, a large bathroom and a WC. The top floor is accessible southside through a 20m2 garden, a converted barn where the kitchen living room stands, a large bedroom with a fireplace, a bathroom and separate toilet. A nice cellar is accessible from the street side. Read more ...


Aurel, peaceful village of 181 inhabitants at the end of the Valle de Sault, attracts your eyes, as suspended on its rock and exalted by lavender fields that blossoms in July and August.

Winding streets, narrow streets, bordered by houses with beautiful stone door frames, take you to the castle, of which only a square tower remains, with its ramparts pierced with arrow slits.
On the side of the castle, an unusual bell tower with varnished tiles covers the 12thcentury fortified church.


DPE : The energy estimation cannot be produced owing to a lack of appropriate data that conforms to the "arrêté du 15 septembre 2006 relatif au DPE".